While cryptocurrency seems to have become popular recently, it has actually been around for about 30 years. Cryptocurrencies such as Bitcoin, Ethereum, and Ripple are more recent developments in the cryptocurrency world that might be more commonly known than their predecessors. While cryptocurrency is not new, many consumers are confused about its concept and how it works. A brief history and explanation of how it works, description of different types and how to earn them, and a discussion of advantages and disadvantages of investing will help bring about a better understanding to this mysterious and confusing concept.

Cryptocurrency dates back to an early algorithm created by David Chaum in the early 1980s. Cryptocurrency was created as a way to escape some of the restrictions that come with regular fiat currencies. Chaum created a company and cryptocurrency called DigiCash. This was the first cryptocurrency, and it was adopted by the central bank in the Netherlands. During its early years, Chaum was even approached by Windows to make a deal for their users. However, this deal never went through, and DigiCash went out of business in the late 1990s. For 10 years, DigiCash was the only form of cryptocurrency. Shortly after the fall of DigiCash, other cryptocurrencies came along, but never gained much traction, so research and technology went into systems like PayPal and Venmo instead. Note that PayPal and Venmo are not cryptocurrency systems. In the late 1990s and early 2000s, e-gold was developed and became a popular form of cryptocurrency. This cryptocurrency involved users selling their jewelry to the company, also called e-gold, to be exchanged for e-gold which could then purchase real gold or be exchanged for United States dollars. Due to a lack of security, e-gold was home to money laundering, hackers, and fraudsters and went under in 2009.

The fall of e-gold coincided with the development of the first widely recognized and market leading cryptocurrency was developed. Bitcoin was developed in 2009, and shortly after, in late 2010, similar cryptocurrencies began to make their appearance. In 2012, WordPress became the first major company to accept Bitcoin and it continues to be the market leader today with a market cap around $180 billion. However, there are still other, albeit not as popular, cryptocurrencies. With a market cap of $18 billion, Ethereum, a programmable currency allowing it to be used for more than just exchanging money, comes in second. In fact, Ethereum has been used to develop applications, new technologies and other cryptocurrencies. The third most popular cryptocurrency is Ripple. Ripple has a market cap of $10 billion and is more dynamic than Bitcoin and Ethereum. Ripple’s algorithm allows it to track other transactions outside of the cryptocurrency world, and is used by several banks. The fourth cryptocurrency, Litecoin, was developed right after Bitcoin, but never gained the traction Bitcoin did. With a market cap at around $5 billion, Litecoin does allow for faster transactions than Bitcoin. There are, of course, many others, with these being the most popular ones on the market today.

If a user wanted to get their hands on cryptocurrency, they could do it in one of two ways: crypto mining or purchasing. Crypto mining is a computer process where the miner attempts to solve a complex equation. When the miner solves the equation, they are awarded greatly for doing so. However, this is difficult, as there is an abundance of cryptominers, and solving the equation is a guessing game. The second and more practical option is to purchase it. To purchase cryptocurrency, a user simply needs to do their research about which platform and cryptocurrency they wish to buy and look for the right price, similar to other investments.

There are several things to consider when investing in cryptocurrency. The advantages of investing in cryptocurrency include the reasons cryptocurrency was invented in the first place. There is little to no government or bank control over the process or money. Because it is not a government regulated, it is easier to make transactions internationally, and often cheaper because there are no fees for processing. Additionally, exchanging cryptocurrency is completely anonymous, providing some security and protection for users. While exchanges are anonymous, the blockchain is public, so anyone can see what is being exchanged, provided a sort of checks and balance system.

There are numerous advantages to investing in cryptocurrency, but the disadvantages are just as numerous. Because cryptocurrency is not government or bank regulated, hackers and tax evaders can more easily take advantage of this system. Additionally, cryptocurrency is extremely volatile and not insured by the Federal Deposit Insurance Corporation (FDIC). Because it is completely computerized, there is always the risk of data loss which means a loss of investment; the user is relying entirely on their own and a third party’s security to maintain their cryptocurrency. Another disadvantage that many probably do not think about is the environmental threat that crypto mining produces. Crypto mining requires a lot of computer processing power and therefore a lot of energy.

With a rocky and somewhat confusing history, an abundance of options for cryptocurrency and ways to attain it, and many advantages and disadvantages, it is ultimately up to the potential user whether or not investing is right. Users and potential users should always be cautious with their money and recognize the risk of investing in anything, particularly something as volatile and vulnerable as cryptocurrency.

To learn more about cryptocurrency and how it works, refer to the following resources: 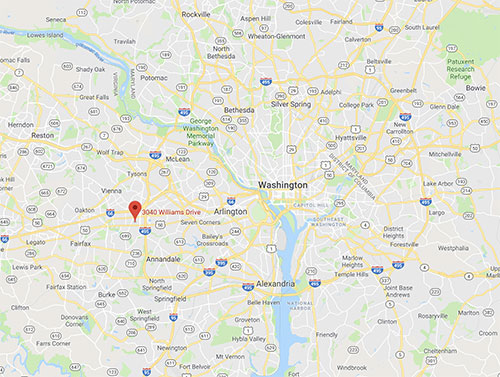